Buy Direct from the Author. 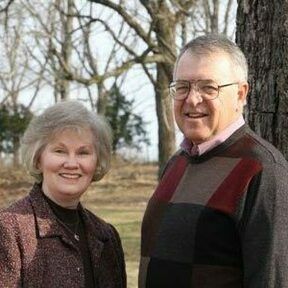 Both Joe and Linda (Spurlock) Smith are fifth generations Ozark natives.Both are descended from Scotch-Irish, and in Linda's case, German, and Indianancestry. The original Smith farm is now buried under 150 feet of water,near where the Veteran's Bridges span Lake Norfork in Northern Arkansas.Part of the Spurlock farm in Sharp County is still owned by the Spurlockfamily. Both Linda and Joe had relatives who fought in the Civil War onboth sides, so their roots run deep in the area. Linda is a self-taught artist, Joe has spent 40 years as a high school science teacher in the Ozarks. Joe has also worked,(summers, nights, and weekends) as a lumber stacker, factory worker, livestock buyer, park ranger, stockman, fisheries biologist, woodcutter, truck driver, ferry deckhand, mobile home mover, nurseryman, bus driver, environmental technician, and chemist in the gas fields of Central Arkansas. Smith became interested in the Ozarks segment of the Civil War by listening to his Uncle Woodrow Smith's accounts of the family's involvement in this great conflict. As he started researching the stories told by his uncle, Smith realized that the guerilla warfare along the Arkansas-Missouri Border had largely been ignored by mainstream Civil War writers. The Smiths have done extensive research on the Civil War and have started a series of historical stories that depicted the period in which the Ozarks spawned such characters as Wild Bill Hickok, along with the James and Younger boys, whose relatives still live in the area. There were many other lesser known characters, and the Smiths seek to include their stories as well.The Smith's Civil War stories are; Blessed Are The Peacemakers, and Sultana! They are currently working on several more books about the border war, including Jesse Cleaver's Foot, and Paths of Judgment. The Smiths have also written and illustrated several books of humorous Ozark stories. This series of books is titled Ring-Tail Tooters and Yeller Bad'Uns.